Menu
Talk To Us
HomeBlogMobile ApplicationScared From Getting Negative Reviews On Mobile App? Here’s All You Should Know!

Scared From Getting Negative Reviews On Mobile App? Here’s All You Should Know!

When was the last time you visited a play store? Looking for an app of your desire and just went for the options available. What was the first thing you checked, double checked and landed a final choice to download the app? Of course, the number of reviews, rating out of 5 and those review titles. Scrolling and scrolling the reviews just to see the trust worthy and authentic one.

Well, it’s all about the mobile application development. How your app is representing the features you have made alive? How are the user experience and performance? Is it the same as you have mentioned app name & description?

Well, the users consider all these things very important. And of course, being one of the end users of one and another app, we too would like to have apps that are relevant to our concern and worth download.

Here the title makes some more sense about having bad user reviews on app stores for the app. The app for which you have worked so hard and now it is on bad rating!

Here are some imperatives to know for How to deal with Negative Reviews of Mobile App:

It is true that we would definitely get disappointment the second our app gets a single negative review. But still, we can survive. Yes, from that very disappointing period.

First of all, users are not the technical people always. You need to understand the users’ habit. They are abided to use the app and of course, would put a review which authentic. So whether as an app developer you’ve put the app or maybe app owner, never get frustrated with those reviews. Rather accept the reviews and come up with some revamped version of an app.

Analyze the reviews. Which is the most irritating thing that your user hates? Which are the common dislikes? Are the negatives drive at some common point or your app has flaws in every single module? You should do some homework on app reviews. Improving one by one would definitely convert those negatives into a plus in future. But keep doing.

So keep on improving features one by one. Also, keep in mind to rollback if necessary. Once and for all, remind your developers about the previous mistakes. Never repeat flaws while adding features.

Your mobile app users interact the most with your mobile app. Even more, than you do. Yes, because that’s where you are launching the app. So keeping updated the users become a very first responsibility of yours. Let them know the updates you make. Even let them know the short-term flaws they may face during the maintenance or upgradation time slots.

Once you start interacting with the users on a regular basis, it would be a way fruitful result. Because again it’s a two-way communication. Your users would understand your approach towards the modification and improvement. Make your users intelligible about the changes you make. And of course, if things go well; you have to be in touch with the users about the promotional events, offers & discounts.

Keeping your users updated about the upcoming modification would definitely win you a trust. Making an app and taking the reviews negatively would affect the users and of course, down lining the credibility.

#4 Learn To Ignore But Not By Forgetting

You have to be way too patient. Mobile app development is not a task that takes a piece of cake. It’s a long-term process. Better app development process takes time. However, it should not take more than the expected delivery time but would take at some normal extent. And for that, you have to be patient and able to ignore the bad mouthing reviews about your app.

So ignoring the low rated reviews would be the first remedy. Second, focussing on mobile app teams would work. As ignoring is the short-term thing we can adapt to improve!

#5 Be Responsive, Give The Reasons

Again, it comes to a communication part. Don’t tired of giving responses. Make your reviews answered. If not all then most of would be okay. Because only users would tell the bad things of your mobile app, it creates again the misconception for new as well as existing users. Tell them you are on improving version. Ask them to be ready for the next bug-free version. Always apologize for the inconvenience they have faced. Bring the best version of your mobile app. Find the best mobile app developers and bring the best out of them. Please, the users and good reviews would be all yours! 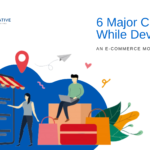 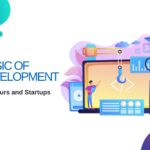